A Web of Deceit


How Fijian Authorities busted one of Fiji’s biggest financial crimes


by Dionisia Tabureguci
To listen to Fijian authorities relate how they unravelled the web of deceit that became one of Fiji’s biggest—if not the biggest—money laundering cases in recent times is almost like watching a crime movie.
For a moment, you wouldn’t believe this was happening in Fiji.
It’s the story about how Turtle Island Fiji, owned by American entrepreneur Richard Evanson and dubbed as one of the world’s most private and exclusive eco-cultural island resorts, fell victim to corrupt workers.

The conspiracy—played out over close to two years before formal police investigations into it began—is rooted in the use of friends and relatives and their bank accounts to siphon off close to F$1 million from the resort’s account, money used to buy a life of luxury and indulgence. When police and state prosecutors finally moved in to confiscate assets, they were only able to seize a house in Nadi, bought for over $100,000 cash, and six vehicles.

At today’s market value, these assets are worth around $200,000, said state prosecutor Nancy Tikoisuva.

IT IS OFTEN said that man may make his plans but God has the last word.  For Alphaeus Graham Zobule, bearer of God’s Word to his Luqa-speaking people in Solomon Islands, that was exactly what happened.   His ambition and initial path of education led him to the fields of science and engineering.  The Lord took him to Texas.

“I went to Dallas Theological Seminary, Dallas, Texas, to do a Masters in Biblical Studies and Linguistics (1994-1996), spending time also at Jerusalem University College (Israel) as well as Hebrew University (Israel) to learn more about the Hebrew language as well as the Bible land,” said Zobule from his home in Honiara.

Non-Communicable Diseases (NCDs) are casting deadly shadows on Fiji’s population; so much so that there is no shortage of horrifying stories about how these “silent killers” are preying on our working population and our children.

Put simply, they cause 82 percent of deaths in the country each year. The goriness is in the details. They are, for example, killing us early and leaving our children fatherless and motherless too early in life.

National statistics provided by the Ministry of Health (MOH) show the number of deaths each year in Fiji begins to climb sharply at 35 years old.  When the numbers of people dying each year are classified by age, most deaths are happening between 35 and 59 years, mostly concentrated in the ages between 45 and 49 years—not only are these working ages, they are also parenting ages.
“Most people in Africa are motherless or fatherless because of HIV and AIDS,” said Dr Isimeli Tukana, the health ministry’s national adviser on NCDs. He spoke exclusively to FIJI BUSINESS on what has become, for the ministry, an alarming morbidity and mortality scenario for the nation. “In Fiji, it’s a different story. Most become fatherless or motherless because somebody died early from NCDs.

Once a lucrative export crop in the Pacific, kava has declined over the years.

THE EXPLOSION of the kava exporting industry in the Pacific in the late 1990s in now looking more and more like a one-off stroke of luck for some stakeholders. Efforts may be on going in trying to persuade the Europeans to lift their ban on kava but there are scattered opinions of the success of even reviving that market.

Samoa, Tonga, Vanuatu and Fiji used to supply grounded kava to countries in Europe that produced kava-containing herbal drugs, sold then for stress relief. In a short while, it had become a bit of a wonder drug until the Germans linked kava to liver damage and banned it in 2001. How it swiftly truncated the soaring kava exporting business in the region is no longer a mystery but reviving the European market is an issue way down the line, said one Vanuatu exporter. Pacific countries exporting kava have much basic work to do.

Anti-money laundering in the Pacific


PACIFIC island countries have, at their disposal, a number of donor agencies and institutions that assist them in the establishment or enhancement of their anti – money laundering (AML) and counter terrorist financing (CTF) legislations. One such effort is the Pacific Anti Money Laundering Project (PALP), a combined effort between the Pacific Islands Forum Secretariat (PIFS) and the United States State Department.
Islands Business Magazine spoke to Kosi Latu, head of the PIFS-based PALP who spoke about the progress and other aspects of the project.

When was PALP set up and what is its function?
Latu: The Pacific Anti money Laundering Project, or PALP, the acronym that it goes by, is still a very new set-up. It has been going for about 7 months since September last year and is a joint initiative between the Pacific Islands Forum, the United Nations Office on Drugs and Crime (UNODC) and the US State Department. The PALP is to run for a period of four years and is funded by the US State Department. PALP is a regional technical assistance and training programme designed to assist Forum countries in establishing and/or enhancing their anti-money laundering (AML) and counter terrorism financing (CTF) regimes to comply with international standards of the Financial Action Task Force (FATF), and relevant UN Conventions and Security Council Resolutions.

Email ThisBlogThis!Share to TwitterShare to FacebookShare to Pinterest
Labels: AML/CTF-Pacific

With Fiji, Vanuatu in the bag, Samoa’s next

Hong Kong hotelier, Richard Chiu, is looking at opportunities to build more hotels in the South Pacific region as growth prospects for this industry has been described as promising, particularly in Fiji and Samoa.

Chiu, who heads the Warwick group of hotels internationally, was in Fiji last month to announce a F$12 million 100-room expansion project for Naviti Resort along the Coral Coast.
“I think people are now realising that the Pacific is the ‘Last Frontier’ and I mean that in a positive way. They are starting to realise that if you are in search of a clean environment, natural beauty, you have to come here,” he said.

Email ThisBlogThis!Share to TwitterShare to FacebookShare to Pinterest
Labels: Tourism-Pacific

A renewed attempt to merge two local telco megapowers is now seriously being explored by their shareholders... 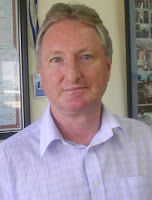 THE OPERATIONS of Fiji International Telecommunications Ltd (FINTEL) and Telecom Fiji Ltd (TFL) are currently tagged to come under one portfolio as talks, described as being “very delicate right now”, progressed into its first two weekends when this edition went to press.

At least one shareholder, UK-based Cable & Wireless plc (C&W), has indicated a desire to see this undertaking come to fruition because it believes merging the two entities would ease the currently complex nature of domestic and international telecommunication service provision in Fiji.

As teachers and students’ morale continue to sink at the Fiji-based main campus of the University of the South Pacific, the institution’s weak financial position and exorbitant salary packages enjoyed by its senior management are expected to top the agenda at this year’s first USP Council meeting, scheduled to take place in Tonga mid this month.

The salary packages are at the centre of rising tension between USP management and parties representing students and teachers within campus.

Email ThisBlogThis!Share to TwitterShare to FacebookShare to Pinterest
Labels: University of the South Pacific stories 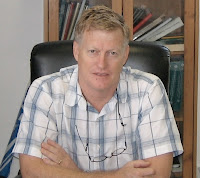 
After years of gestation, the Western and Central Pacific Fisheries Commission (WCPFC) was finally set up in 2004 to “bring together all those with an active interest in the tuna resources of the Western and Central Pacific Ocean (WCPO) in an effort to work collaboratively for the effective management, long-term conservation and sustainable use of tuna stocks in this region,” says executive director Andrew Wright.

As an organisation therefore, the Tuna Commission—as it is more commonly referred to—is a meeting point for countries that own tuna fishing grounds in the Pacific and countries that are not from the region but who come here to fish. In fishing speak, the latter are more commonly known as Distant Water Fishing Nations (DWFNs).
More specifically, they include fishing boats from Asia, Europe, South America and to a lesser extent Australia and New Zealand.

The first people of Fiji arrived long before contact with European explorers in the seventeenth century.
Pottery excavated from Fijian towns shows that Fiji was settled before or around 1000 BC, although the question of Pacific migration still lingers.

The Dutch explorer Abel Tasman visited Fiji in 1643 while looking for the Great Southern Continent.
It was not until the nineteenth century, however, that Europeans settled the islands permanently.